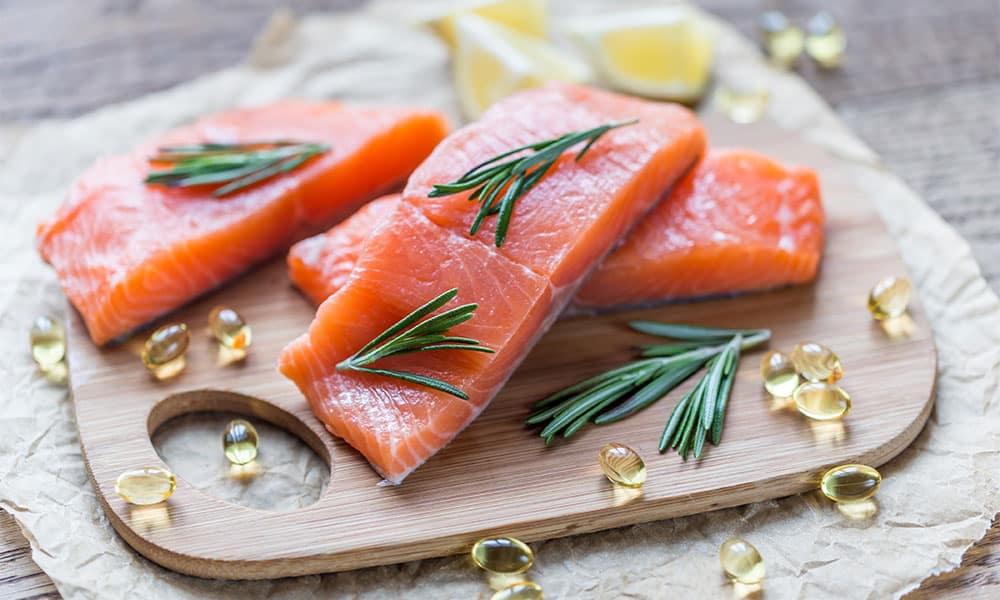 Omega-3 is one of the four main fat groups that make up your body. Of these is omega-3 that we don’t get enough of.

Compared to other supplements, omega-3 isn’t just a building block, which alone is extremely important. Omega-3 has an even more important function in the body. It is needed to balance out the amount of omega-6.

Omega-3 is a building block to almost every cell in the body. It’s an important part of the cell membrane and increases its permeability. This improves nutrient uptake and removal of toxins.

DHA, DPA and EPA are fatty acids in the omega-3 family that are very difficult to get apart from fish. These are extremely important to brain health. A large number of neurological problems, including depression and anxiety, are often connected with low EPA levels.

Increasing omega-3 reduces inflammation, which is more important than ever since we now more so understand the role of chronic inflammation in both disease and aging.

We have seen that high levels of omega-3 fats encourage the production of special pro-resolution molecules that not only stop inflammation, but also trigger the body to take action to solve the problem. Omega-3 not only helps stop the fire, but also helps put it out!

Only taking one supplement? Make it omega-3.

“Inflammation triggered by oxidative stress is the cause of much, perhaps even most, chronic human disease including human aging … This is especially relevant to the many pervasive chronic diseases that are still responsible for so much human suffering.”
-International Journal of Inflammation, 2011. Fredric J. Pashkow, John A. Burns School of Medicine, University of Hawai‘I

The primary drawback with fish oil is the problem with oxidation, which can occur at any point during the product’s life. Omega-3 fats are extremely fragile and are easily damaged by oxygen.

A recent study at the University of Auckland found that only 3 of 32 fish oil supplements contained quantities EPA and DHA that were equal or higher than labelled content. With 69% containing less than 67% of the stated value. Only 3 of 36 (4 not measured for EPA/DHA) met the recommended levels of oxidation markers. Meaning that 92% of the oils were oxidized above the international recommendations! (Albert, 2015)

Krill is being seen as a good alternative in that it contains high levels of the antioxidant astaxanthin, which keeps it safe from oxidative damage. In tests performed by Dr. Moerck, krill oil remained undamaged after being exposed to a steady flow of oxygen for 190 hours, compared to fish oil, which went rancid after just one hour. The problem with krill is that it contains very little omega-3, meaning that an extremely large amount would be required at a very high price ($300 USD or 6000 SEK / month), to fix the omega 3:6 imbalance in our bodies. Another problem with krill oil is that in tests using heat, it doesn’t perform as well.

The best answer to a stable omega-3 fish oil is an omega-3 and polyphenol blend.

Omega-3:6 levels were tested in over 15000 individuals in Scandinavia, showing the average ratios of individuals who did not supplement omega-3, those that did, as well as those supplementing with an omega-3 / polyphenol blend.

This omega-3 and polyphenol blend is now distributed as Zinzino BalanceOil and is what we use with most of our clients.

Final word on the omega-3:6 balance and the importance of omega-3:

“Excessive amounts of omega-6 polyunsaturated fatty acids (PUFA) and a very high omega-6/omega-3 ratio, as is found in today’s Western diets, promote the pathogenesis of many diseases, including cardiovascular disease, cancer, and inflammatory and autoimmune diseases, whereas increased levels of omega-3 PUFA (a low omega-6/omega-3 ratio) exert suppressive effects. In the secondary prevention of cardiovascular disease, a ratio of 4/1 was associated with a 70% decrease in total mortality. A ratio of 2.5/1 reduced rectal cell proliferation in patients with colorectal cancer, whereas a ratio of 4/1 with the same amount of omega-3 PUFA had no effect. The lower omega-6/omega-3 ratio in women with breast cancer was associated with decreased risk. A ratio of 2–3/1 suppressed inflammation in patients with rheumatoid arthritis, and a ratio of 5/1 had a beneficial effect on patients with asthma, whereas a ratio of 10/1 had adverse consequences.”
– The importance of the ratio of omega-6/omega-3 essential fatty acids. Biomedicine & Pharmacotherapy. Simopoulos AP, The Center for Genetics, Nutrition and Health, Washington DC 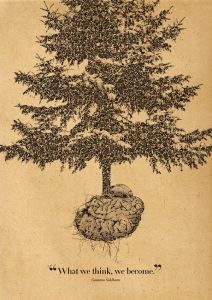